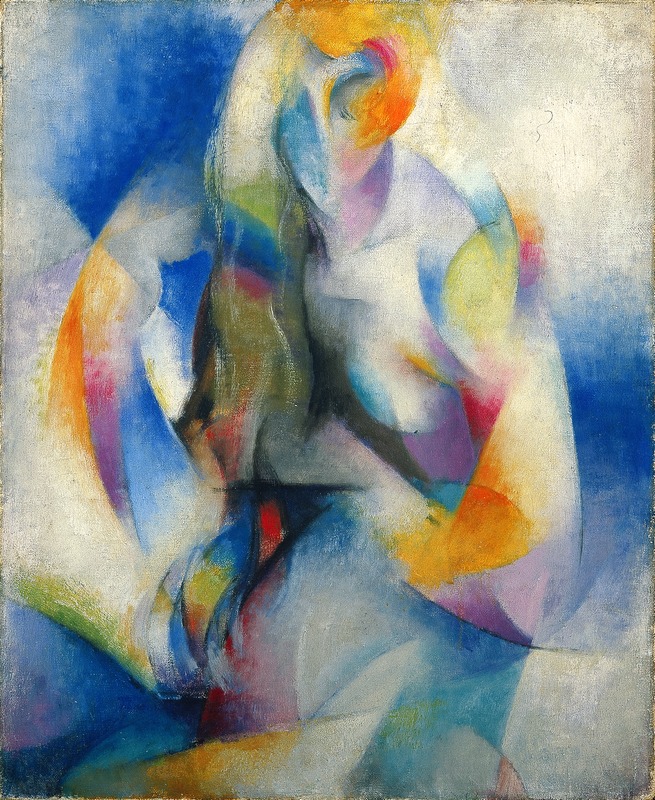 In the first decades of the twentieth century, many American painters struggled to understand the visual properties of light, color, form, and space. A new analytical approach to art flourished, rooted in the painterly investigations of the French Impressionists and in a burgeoning public understanding of recent scientific advances. Working in Paris among an international community of painters who were all pushing the boundaries of established ideas, American artists Stanton Macdonald-Wright and Morgan Russell developed a system of abstract painting based on color harmonies and their alignment with Western musical structures. Synchromy in Purple Minor, painted by Macdonald-Wright after his return to New York, is considered one of the masterworks of this system, called Synchromism. Using his studies of Michelangelo’s sculpture, the Pieta, he described the abstracted female figure’s sculptural dimension primarily through color, rather than line or form. Using color’s capacity to suggest depth through juxtapositions that imply receding or advancing space, the artist generated illusionistic form without using traditional techniques. Synchromy in Purple Minor charts an essential step in the evolution of this new abstract language, whose roots stem from the artistic and scientific discoveries of the day.