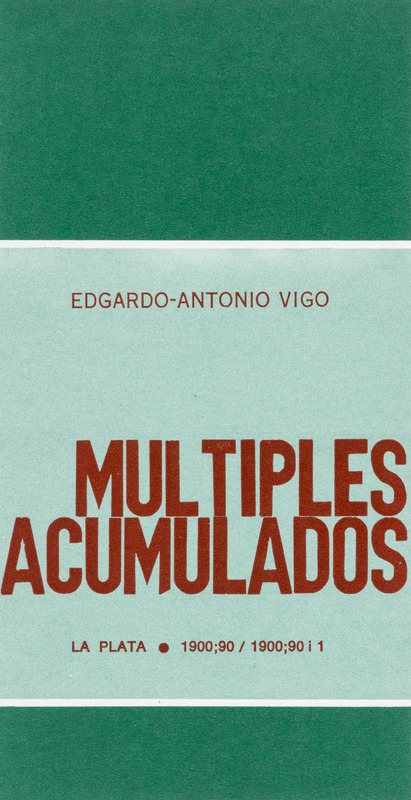 Edgardo Antonio Vigo, a leading poet, mail artist, conceptualist, and graphic designer, was better known abroad for his participation in the international mail-art movement than at home in Argentina. Inspired by Marcel Duchamp, Vigo followed a playful logic when assembling his archive-like works. In the box Múltiples acumulados he grouped cards that refer to works he produced throughout his career, including conceptual pieces, woodcuts, collages, and examples of mail art.

Vigo included two examples of his Señalamientos, an early example of Performance Art. Señalamiento IX involved burying a wood block, unearthing it a year later, and legally documenting both events. The wood block was then cut into seventy pieces, one of which is featured here. Correspondencia shows Vigo’s keen interest in Mail Art, which involved frequent exchanges with colleagues, as his collaboration with mail artist Julien Blaine also demonstrates. Mail Art was for Vigo a way to circumvent censorship and communicate to the world what was happening during the difficult years of the Argentine Dirty War.