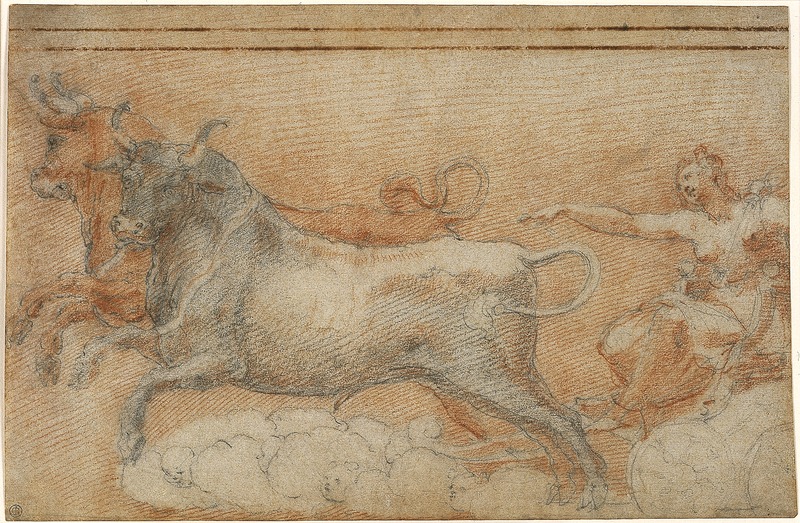 After a fresco in the Villa Farnesina by Baldassare Peruzzi, Federico Zuccaro was following an age old practice of learning how to draw: copying. For each of the bulls, Zuccaro explores the range of a single color, paying special attention to describing the bulls’ anatomy, texture, and whimsical expressions. But throughout the rest of the drawing, red and black chalks interlace. In the figure of Callisto, the two colors appear equally, gestural lines merely suggesting her body. In the original fresco, Baldassare Peruzzi may have merged imagery from different myths, where Zeus sometimes appears as a white bull. In the story of Callisto, Zeus transforms the nymph and her son, Arcas, into the constellations Ursa Major and Minor. The chariot may represent Hera, Zeus’s wife, who tore across the night sky, enraged at their immortalization.