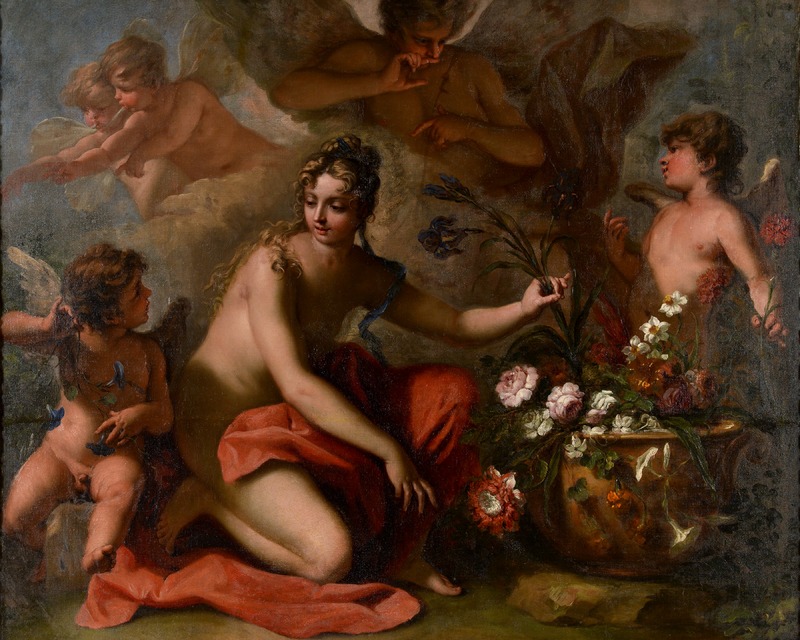 Flora was the goddess of flowers who had previously been a nymph by the name of Chloris, known for her sensuous beauty. Ovid’s Fasti (8 CE) describes how she was seduced by Zephyrus, the Greek god of the west wind and harbinger of spring, and became his wife. This work captures the moment just before their encounter. Unnoticed by Flora, Zephyrus approaches her from behind, pointing at his future wife and cautioning silence to another putto. At the right, an urn spills over with flowers that celebrate their namesake, Flora. The pose of the goddess makes reference to that of the Crouching Venus, a Hellenistic sculpture type that was repeated in ancient Roman statuary and in Renaissance prints. In addition to the classical theme and composition, Sebastiano Ricci makes full use of the rich colors and free brushwork typical of Venetian painting to render the lush beauty of blossoms and youthful figures. Ricci likely painted this work for a private patron when he was active in London and Paris.