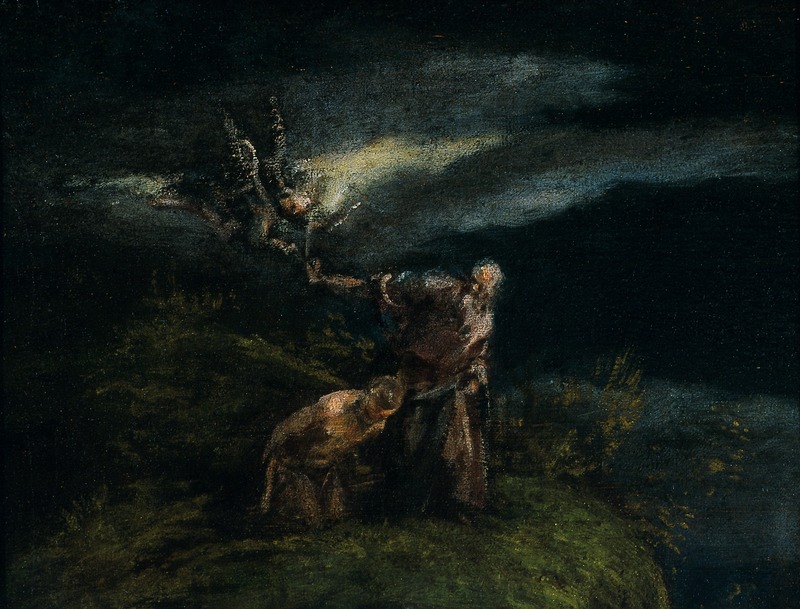 On the grassy knoll of a mountain, Abraham prepares to carry out a divine order to sacrifice his son, Isaac, who kneels with his hands bound behind his back. Suddenly, an angel appears to stay Abraham’s knife-wielding hand, saying that God is satisfied by the proof of Abraham’s fear and reverence. Jacopo Bassano’s mastery of dynamic contours appears in the lively, varied lines of Abraham’s outstretched arm and the clouds and dark mountains echoing it. His expressive brushstrokes and his playful use of perspective, animated by the figures’ diverse postures, also demonstrate his confidence as a painter. This work is probably a copy of a background scene from Bassano’s popular series depicting the four seasons. To meet popular demand, the artist and his workshop created numerous versions of the series. In fact, previous scholarship suggested that this might be a fragment from a lost painting in the series. Close examination of the painting disproved this theory, however; the painting’s edges are mostly untouched and not cut from a larger canvas.