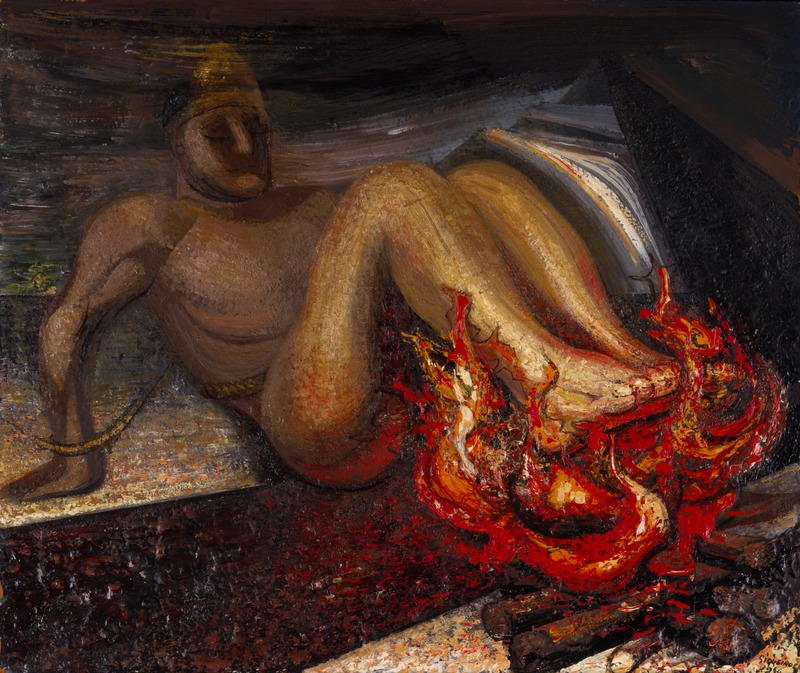 The tradition of narrative history painting experienced a renaissance during the 1920s following the Mexican Revolution. Here David Alfaro Siqueiros set his scene in 1521, when, during the conquest of the Aztec Empire, Hernán Cortés tortured the emperor Cuauhtémoc by burning his feet. Cuauhtémoc’s refusal to reveal the location of hidden Aztec wealth embodies indigenous resistance to colonization. The revolutionary Siqueiros treats the subject dramatically by using radical foreshortening, with fire in the foreground and the figure receding in space. Instead of oil paint he favored Pyroxylin, an industrial material utilized for painting cars. The combination of Mexican history, contemporary politics, and artistic experimentation makes this a characteristic work by Siqueiros.