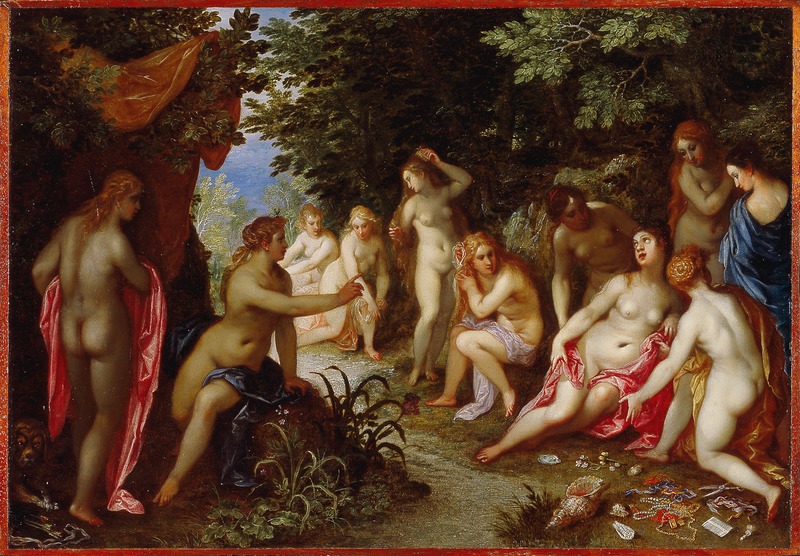 The goddess Diana and her chaste nymphs have returned from hunting to bathe in their sacred stream, but Callisto is reluctant. Sensing she is hiding something, Diana orders her entourage to forcibly remove Callisto’s garments, revealing her pregnancy. According to Ovid’s Metamorphoses, Jupiter had disguised himself as Diana and lured Callisto into his embrace. No longer virginal and pure, Callisto was banished from Diana’s sacred waters.

Depicting the climactic moment of the myth, this painting alludes to the immediate and eternal punishment of Callisto. Diana leans forward in the same direction as Callisto’s movement backwards, emphasizing their roles as punisher and punished. A bearded iris near Diana represents the goddess Iris, Juno’s messenger of bad tidings. The collection of shells, corals, and accessories for grooming after the bath are abandoned at the bottom right, which signals the final outcome for Callisto.

Collaborations between artists of different specialties were fashionable in early seventeenth-century Flanders. Here, as in many pieces by this pair, Hendrick van Balen’s ability to render the female nude and Jan Brueghel’s skills as a landscape painter work in tandem.