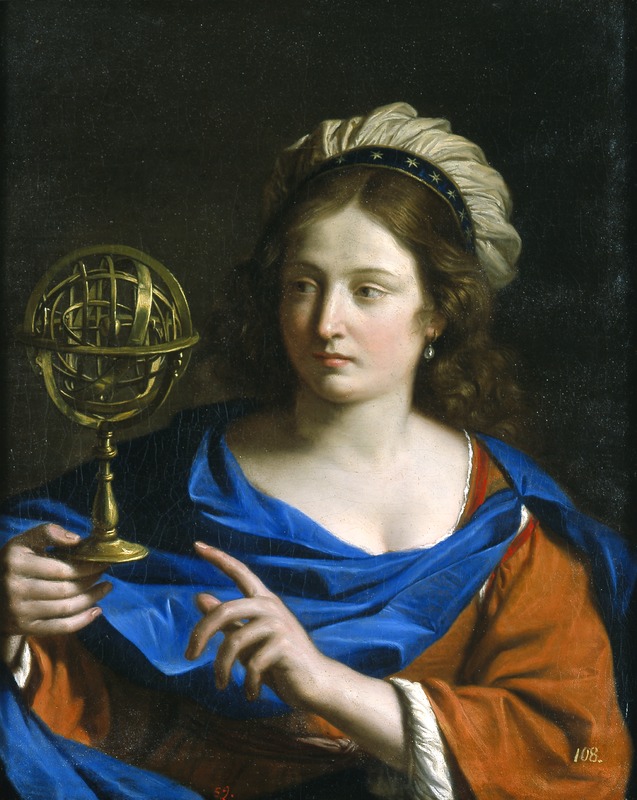 Guercino, the leading artist in Bologna during the mid-seventeenth century, simplified Cesare Ripa’s description of Astrology. Ripa describes her as a science “devoted to the contemplation of the celestial bodies,” wearing blue clothing and a starry cap. Guercino gives her these attributes but omits others mentioned in Ripa: her wings, a celestial globe, compass, and scepter. Instead, he paints her looking at a demonstrational armillary sphere with Earth at its center. The sphere consists of metal rings that represent the equator, tropics, arctic, and Antarctic circles, revolving on an axis. It is notable that Guercino spotlights this geocentric device rather than a heliocentric one about two decades after Galileo’s Dialogue Concerning the Two Great World Systems (1632) confirmed Copernicus’s theory that the earth revolved around the sun.