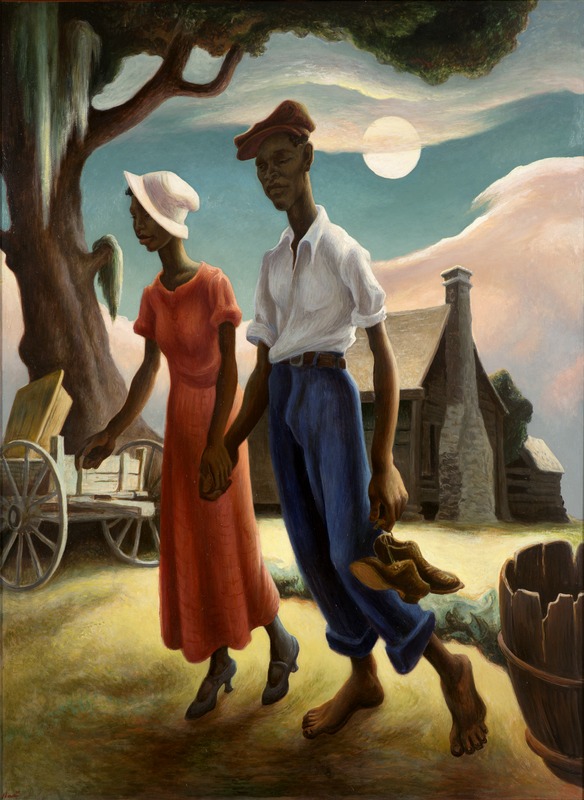 A painter and muralist celebrated for his regional scenes of daily life in the southern, midwestern, and western United States, Thomas Hart Benton was committed to portraying images of progress and satisfaction in the American heartland. Born to a family of statesmen, Benton was a patriot who saw his art as a means to generate social and political reform. His nostalgic and uplifting scenes of hard work, self-reliance, and individualism garnered broad popular appeal in post–World War I America. This work, painted when the artist was at the midpoint of his life, provides a lyrical view of a young couple on a relaxed evening stroll. Drawing on his knowledge of both Old Master techniques and modernist ideas, which he had gleaned from several years spent studying in Paris, Benton crafted a lively composition whose rhythmic alignment of forms conveys a sense of poignant familiarity