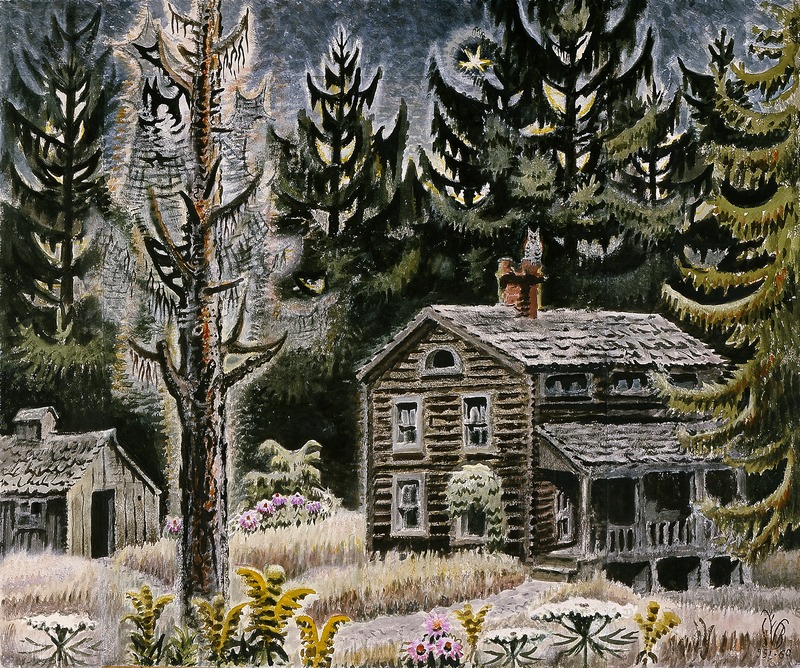 For more than forty years, Charles Burchfield painted the trees, fields, and swamps around his rural home outside Buffalo, New York, infusing them with a mystical aura. Many of his large-scale watercolors, like this one, depict abandoned houses set in moonlit woods. Around the time he began this work, Burchfield described deep twilight as filled with a “majestic gloom . . . at once . . . awe-inspiring and frightening.” While Burchfield’s landscapes reveal the artist’s lifelong reverence for nature, they also often hint at isolation and death. The highly stylized limbs of the spruce trees in this watercolor have a silhouette ominously reminiscent of bat wings and echo the pointed ears of the owl perched on the chimney. Burchfield made this painting over a nine-year period when he was beset with health problems—the battered tree in the foreground may be a metaphor for life itself.