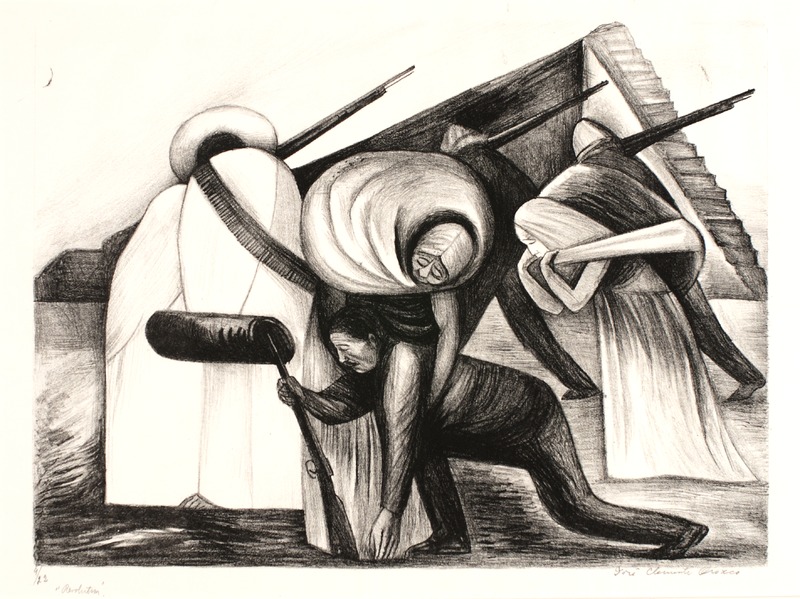 José Clemente Orozco’s firsthand experience of the Mexican Revolution and dissatisfaction with its outcome are evident in the melancholy tone of his revolutionary scenes. Figures in his works often seem isolated. In Hombres y tres mujeres, his subjects can be read as both in retreat, or moving towards, the conflict. Orozco leaves the context undefined, concentrating instead on the strength and endurance of the women as they aid male soldiers amidst a shallow landscape. During the revolution, these soldaderas played a variety of roles, fighting alongside their male relatives, carrying supplies, and tending to the wounded.